Don’t cry too much. Don’t beat yourself up for too long. But never forget what happened… Regrets are pointless. There’s no use in crying over spilled milk. All you can do is slowly fill up the glass again. Time won’t flow backward for you. – Jae-chan 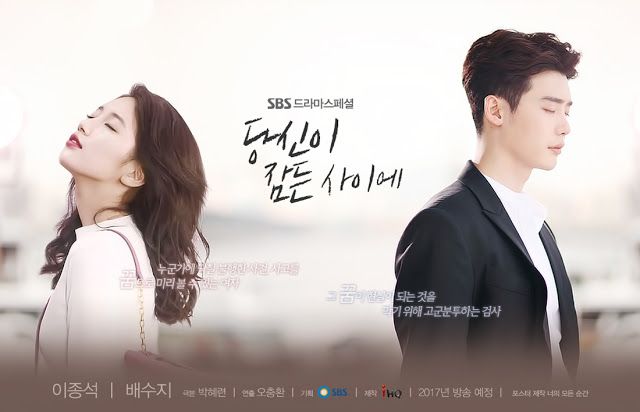 While You Were Sleeping is a combination of the legal drama and fantasy genres, focusing on the tale of three young adults who have acquired the ability to see the future through their dreams: field reporter Nam Hong-joo (Bae Suzy), rookie prosecutor Jung Jae-chan (Lee Jong-suk), and police officer Han Woo-tak (Jung Hae-in). Some of these dreams show crimes that Jae-chan has to investigate and disastrous events that either the three of them have to suffer. Troubled by these dreams, the trio collaborate with each other to prevent these ominous dreams from turning into reality and to take down one of their archenemies, the corrupt lawyer Lee Yoo-beom (Lee Sang-yeob). (Source: Wikipedia)

WYWS is one of the chill, nice dramas. It may not be the best but it definitely won’t disappoint. #WhileYouWereSleeping #KDrama #LeeJongSuk #SuzyBae

Have you seen While You Were Sleeping? Let me know your thoughts in the comment below!

“Master in the House” : My Weekly Happy Pill