I would ask someone to protect a person important to me. If I could communicate with the past, that is… If I do nothing, I’d regret that too. Isn’t it better to try something even if it becomes a mess? – Cha Soo Hyun 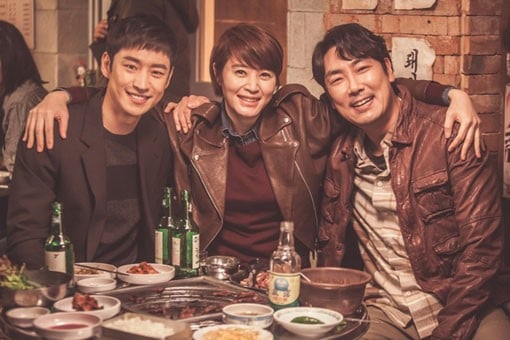 Synopsis : A mysterious walkie talkie allows a detective in the year 1989 to communicate with a cold case profiler from 2015; with the power of fore and hindsight the two not only solve crimes but prevent them from ever taking place.

A criminal profiler Park Hae Young (Lee Je-hoon), solves a kidnapping case that ended up with a falsely accused who apparently disappeared after the crime, with a mysterious walkie-talkie he picks up. The success of this case triggers the formation of a long-term cold case team, led by Detective Cha Soo-Hyun (Kim Hye-soo), who has been searching her long-lost mentor Lee Jae-Han (Cho Jin-woong), for the past 15 years. With the help of Detective Lee Jae-Han, the person at the other end of the walkie-talkie, Park Hae-young solves many other cold cases that have remained unsolved for years, while helping Lee Jae-Han help solve some cases in the past. However, grave unintended sequences follow. Within the limited capabilities of the supernatural element, the three detectives put up a fight against time to solve crimes and save themselves from the unprecedented events that occur due to their actions. (Source: Wikipedia)

The drama depicts some really interesting and worth thinking about questions like "What would you do if you could change the past?" Signal is a good drama worth watching. #kdrama #signal #leejehoon #kimhyesoo #chojinwoong