You have to work through the hardships together. Only then, you get to enjoy the fruit of success. – Cha Jung-woo 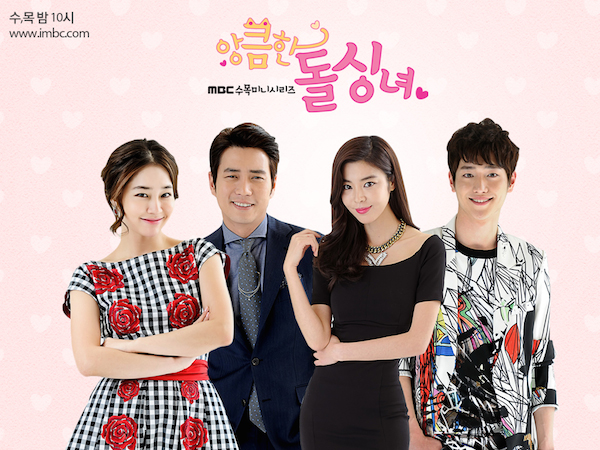 Cunning Single Lady Synopsis : Na Ae-ra grew up believing she was born to be only pretty and not smart. While working at her family’s restaurant, she falls in love with Cha Jung-woo, a geeky engineering graduate student studying to enter civil service. Na Ae-ra wants to become a housewife, and after Jung-woo promises that she will be, they get married.[3] During their 100th day wedding celebration, Jung-woo announces that he has quit his job because he has an idea for a business. Jung-woo’s businesses keep failing and Ae-ra struggles to keep them afloat by working multiple jobs. After secretly suffering a miscarriage from the stress of being the sole breadwinner and living in poverty, Ae-ra divorces Jung-woo after four years of marriage. Three years after the divorce, Ae-ra discovers that Jung-woo has become fabulously successful and wealthy, while she is still paying debts that accrued during their marriage. The fun begins when Ae-ra schemes for revenge, with Jung-woo believing that Ae-ra wants him back because he has become wealthy. (Source : Wikipedia)

This drama was cute and an easy-watch. It was one of those average feel-good dramas with a happy ending. #KDrama #cunningsinglelady #leeminjung #joosangwook

Have you watched Cunning Single Lady? Share your ‘feels’!