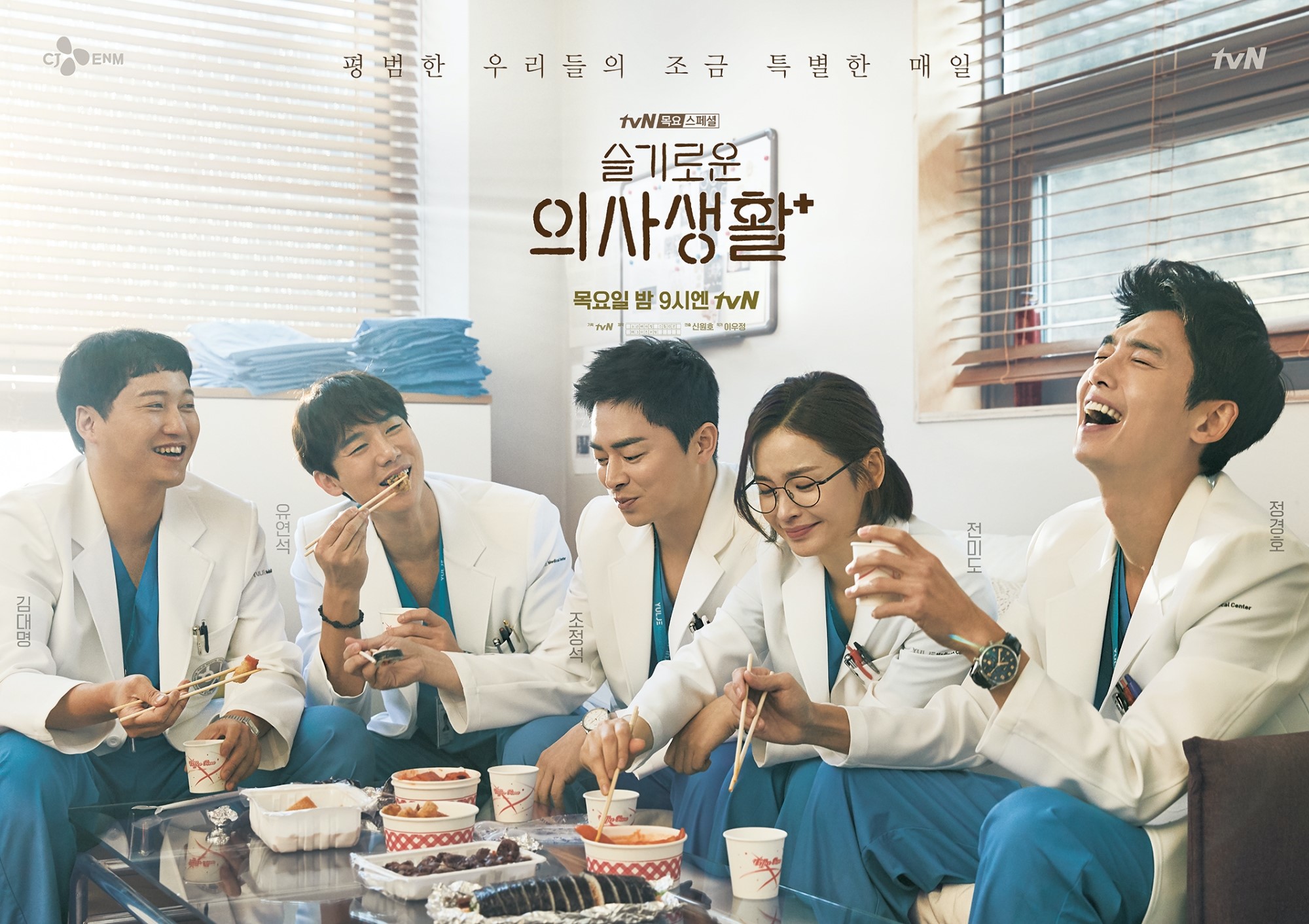 Hospital Playlist Synopsis : A drama depicting the stories of people going through their days that are seemingly ordinary but actually special, at the hospital, a place known as the microcosm of life – where someone is being born and someone’s life meets their ending. The five doctors are long time friends of 20 years who started their undergrad in 1999 in the same medical school, and now they are colleagues in the same hospital. The drama will also deal with a story of a band formed by the group of doctors. (Source : MyDramalist)

The friendship, bromance and warmth in this show is no joke. The cast is perfect. You will surely cry and laugh with them. #KDrama #HospitalPlaylist #jojungsuk #yooyeonseok #jungkyungho #kimdaemyung #jeonmido