“Those words were from my heart. For the first time in my life, I said those words with meaning. You stepped on my first confession not as a Crown Prince, but as a man to a woman. I don’t know since when, but we both came along the same path. Just as you shook me, you brought my heart out of my hidden cave. Just like my heart was broken, I became more and more curious of you. I wanted to see you and with the mere thought of you, I smiled silly. You made me into a fool. After you make me into a fool, you bring up divorce? The person who stole my heart is not me, but know clearly that it’s you.” – Shin

Princess Hours Synopsis: In 2006, ‘Year 14 of Inhwa,’ an overly normal high school girl that attends an arts high school ends up marrying the Crown Prince, who is dating Min Hyo Rin, because of a promise that the elders made decades earlier, and becomes the Crown Princess. But due to the failing health of the King, many problems occur in the aftermath. That’s when Hwa Yeong, the former Crown Princess and her son, second in line to the throne, Prince Yul, return from 14 years away in England. Their ultimate aim being to take the throne. But Prince Yul ends up falling in love with the average high school girl turned Crown Princess, Shin Chae Gyeong, and one calamity after another continues to plague the Royal Family. (Source: Viki)

This drama is cute, romantic, funny, and sometimes sad.

I enjoyed following along with Chae Kyung’s adventure and adjustment to palace life and falling for her prince. I loved Yoon Eun Hye’s wardrobe!

I liked the rivalry between the two princes, and kept changing my mind about which prince I wanted Chae Kyung to end up with (though it’s obvious who it will be).

I really loved the leads together. They are so cute and I enjoyed their love-hate relationship.

My Overall Rating – 8.5/10 (Although I do think this drama could have been a bit shorter, I really enjoyed it.)

Have you watched Princess Hours? Let me know your thoughts in the comments below! 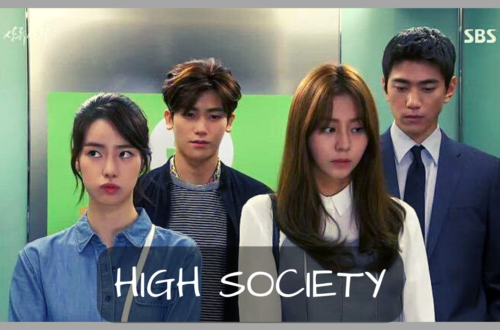