The nicer he is to me and the harder he works for me, the more I worry that I’ll expect too much from him. That I might start to think that he actually likes me… and that I might not be able to let him go… on the day we promised. – Kim Mi Young 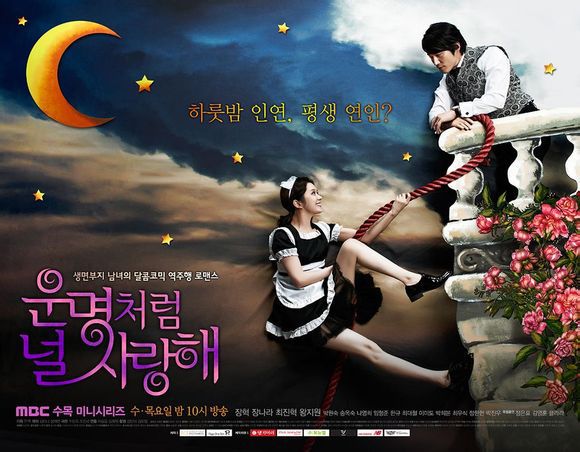 Fated to Love You Synopsis : Lee Gun (Jang Hyuk) is the successor to a large company run by his family. Kim Mi Young (Jang Nara) is an average-looking secretary in a law firm who earned the nickname “Post-It” for her inability to say no to her colleagues who dump work on her. When the two cross paths one night after separately having drunk a drugged liquid, a comedy of errors occurs. Kim Mi Young goes into the wrong hotel room because the hotel door number accidentally changes, and the door is propped open by the mischief-making drugged liquid makers. She ends up sleeping with Lee Gun. When Mi Young finds out afterwards that she is pregnant, what will become of them? And will Kang Se Ra (Wang Ji-won) and Daniel (Choi Jin Hyuk) just stand by and let Gun and Mi Young deal with the situation in their own way? (Source : Wikipedia)

I was absolutely addicted to this show. It has a refreshing element to it in the sense that the humour and romance was balanced very well. I felt a full range of emotions with this drama. #Kdrama #fatedtoloveyou #janghyuk #jangnara

Have you watched Fated to Love You? Let me know your thoughts in the comments below!