The only person you really need to understand, even more than anyone else, is yourself. – Ji Hae Soo 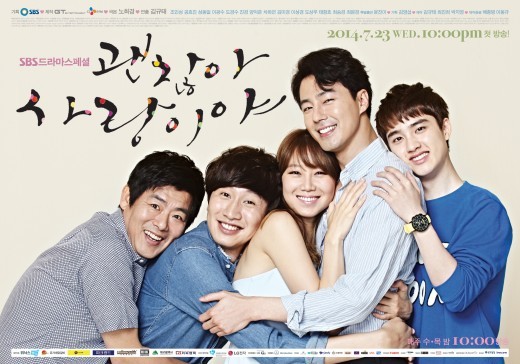 Synopsis : Jang Jae-yeol is an author of bestselling mystery novels and a radio DJ. Playful and a bit arrogant, he also suffers from obsessive–compulsive disorder. Jang Jae-yeol was assaulted by his father when he was young and his mother accidentally killed his father, but he falsely testified that his brother killed his father. That guilt leads him to develop obsessive-compulsive disorder. Ji Hae-soo is a psychiatrist on her first year of fellowship. Driven and ambitious with her career yet compassionate towards her patients, Hae-soo has a negative attitude towards love and relationships in her personal life. Once Jae-yeol and Hae-soo meet, there is much contention between them caused by their strong personalities and refusal to give in to each other. However, their bickering slowly turns into love and they begin to learn how compatible they are. Jae-yeol and Hae-soo attempt to heal each other’s deep-seated wounds, but their fledgling relationship takes a blow when they learn that Jae-yeol’s mental health issues are more serious than they initially suspected. (Source : Wikipedia)

It's not just about love, this drama is about overcoming your own fears and problems with the help of people who understand you and are having their own personal problems, too. It's Okay, That's Love is a worthy sixteen-hour long ride. #ItsOkayThatsLove #KDrama #JoInSung #GongHyoJin

Have you seen It’s Okay, That’s Love? Let me know your thoughts in the comment!